GET TO KNOW THE ATS STAFF – Craig Kendig 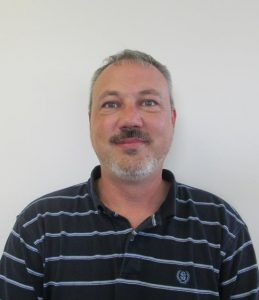 Craig Kendig joined ATS in September and is the newest member of our metallurgical team.  Before coming to us, Craig spent 13 years as a network engineer.  He was a Microsoft certified engineer and served as an exchange administrator among many other tasks.  Craig then moved into the auto manufacturing world where he performed quality network planned maintenance and served as a company health and safety representative.  Craig’s last stop before joining our team was with a major aerospace manufacturer where he was more hands on in operating machinery.  Craig says he prefers that hands on work and being able to see the tangible progress from his work.

Craig is a West Carrollton native with two grown daughters.  One is studying marine biology at Nova Southeastern University.  The other is a member of a successful indie rock band.  With his varied background and easy-going attitude, we are sure that Craig will be a great addition to our staff!