GET TO KNOW THE ATS STAFF – Terry Dillon 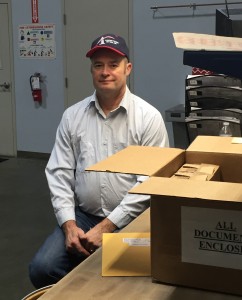 Terry Dillon has been with ATS since we moved to our new facility in December of 2014.  He started out doing part time custodial work, and recently became our full time shipping and receiving technician. Prior to joining ATS staff, Terry worked at FC Industries for 15 years.

Terry has been married for 32 years and has a daughter who is getting married in May. When he is not working Terry enjoys riding motorcycles. He also details cars and motorcycles on the side.