You know that your parts require some kind of non-destructive testing inspection, but do you know what is happening to your parts when that test method is applied?  Over the next few weeks, our level III technicians will provide an explanation of each NDT method we employ along with some advantages and limitations of each. 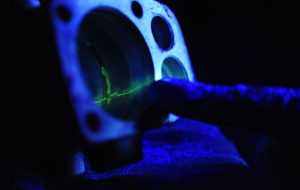 Liquid Penetrant inspection (PT) is a non-destructive testing method that uses both fluorescent and red dyes to allow surface defects of a given material to be more easily seen by the inspector. This NDT inspection method can be performed on a variety of components, including various metal alloys, plastics, composites, fired ceramics and glass.

Have you ever place a drinking straw into a liquid and wondered why the liquid in the straw is higher than the liquid in the glass?  This is capillary action at work.  Another example of capillary action is when the wick on a kerosene lamp is able to absorb the kerosene stored in the base of the lamp.  This works without the assistance of external forces, such as gravity.

Once penetrant has been allowed to dwell on the component, the majority of the penetrant is rinsed off of the surface.  Rinsing can be accomplished by using lint free towels dampened with solvent or via a water rinse. 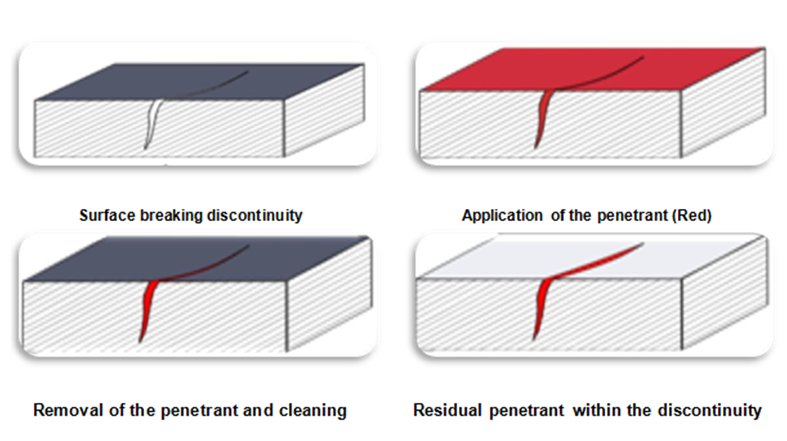